Visualization of Tongue Morphology: An Emerging Mode of Personal Identification

Aim: The tongue is the only internal organ well encased within the oral cavity, which can be assessed easily by means of inspection and palpation. The shape and physiologic texture of the tongue remains unique to a person. There are various studies on identification of a person using fingerprint, iris scan, skin color, etc., but these modes of identification could be altered by external factors. Hence, we designed a study to identify a person by using the tongue as an identifying tool through the photographic method. Correlation of morphological parameters of the tongue was done through clinical examination and photographic images.

Materials and methods: Total 30 walk-in subjects comprising 15 females and 15 males with an age range 18–65 years were considered in the study. The subjects were analyzed for morphological features of the tongue by clinical examination and the photographic method.

Conclusion: To conclude, the tongue could replace the other common biometric tools due to its unique features. Further studies with larger sample and advanced techniques are necessary.

Clinical significance: Thus, the tongue could be used as a tool for personal identification by the photographic method.

The tongue is a unique organ well encased in the oral cavity, which can be easily protruded out and examined through inspection and palpation.1 Its unique features like shape, texture, surface, and color can be easily analyzed. Hence, it provides important information to identify an individual by reproducing structure details easily.

According to Chinese medicine, the tongue in a living person has been considered as “tongue of life” due to its color and vasculature. On contrary, it can be described as “tongue of death” because of its dark and withered appearance during the death of a person.2

From past 20 years, there has been extensive research on biometrics, which includes physiological and behavioral features of face,1,3–5 iris, palmprint, fingerprint, voice, shape of the hand, gait, and the signature.6–8 Among these structures, palmprints and fingerprints can be frayed; handshapes, signature, and iris images can be easily scanned.1,9 The literature on tongue as a tool for identification of a person is sparse. Hence, we designed a study to identify a person by using tongue as an identifying tool through the photographic method.

The study comprised of 30 walk-in patients visiting the Department of Oral Pathology, Faculty of Dental Sciences—MS Ramaiah University of Applied Sciences, for hematological tests. The subjects were randomly selected between the age group of 18 and 65 years. Patients with pathologies of tongue, habits, and systemic illness were excluded from the study. An informed consent was obtained from every individual before clinical photography and impression making. Prior to the clinical examination, patients were asked to rinse their mouth for better visualization of the tongue surface. The 30 subjects were grouped as group I—15 (male subjects) and group II—15 (female subjects). All the subjects were clinically examined for the morphological parameters of the tongue like color, texture, shape, and apex. These parameters were examined clinically as well as through the photographic method and compared with each other by two observers. The photographs were taken using high-definition NIKON DSLR digital camera. The distance between the camera and the patient’s tongue was kept constant with all the subjects by maintaining the same lens magnification throughout the study. During the photography, patients were asked to protrude the tongue in a relaxed position. For the analysis of shape of the tongue, three reference points were considered like commissures of lip and apex of tongue.1 The results were subjected to the Chi-square statistical test using SPSS version 22.

In the present study, three major colors were observed, namely pink, pale pink, and whitish. Among the 30 subjects, pale pink color was found to be more common (76.7%), followed by pink (16.7%) and whitish-colored tongue (6.7%). Between the groups, pale pink was predominant in group I (80%) compared to group II (73.3%) followed by pink (13.3%) and whitish (6.7%). In group II, 20% of subjects showed pink and 6.7% whitish-colored tongue. But, there was a statistically insignificant difference among the color variation with p value of 0.88.

Among the 30 subjects, 9 cases showed sharp apex (males—6, females—3), 21 subjects showed rounded apex with equal gender predominance (males—9, females—12), and septate shape was not observed in any cases (Table 4, Figs 7 and 8). There was a statistically insignificant difference between the groups for the apex of tongue with p value of 0.23. 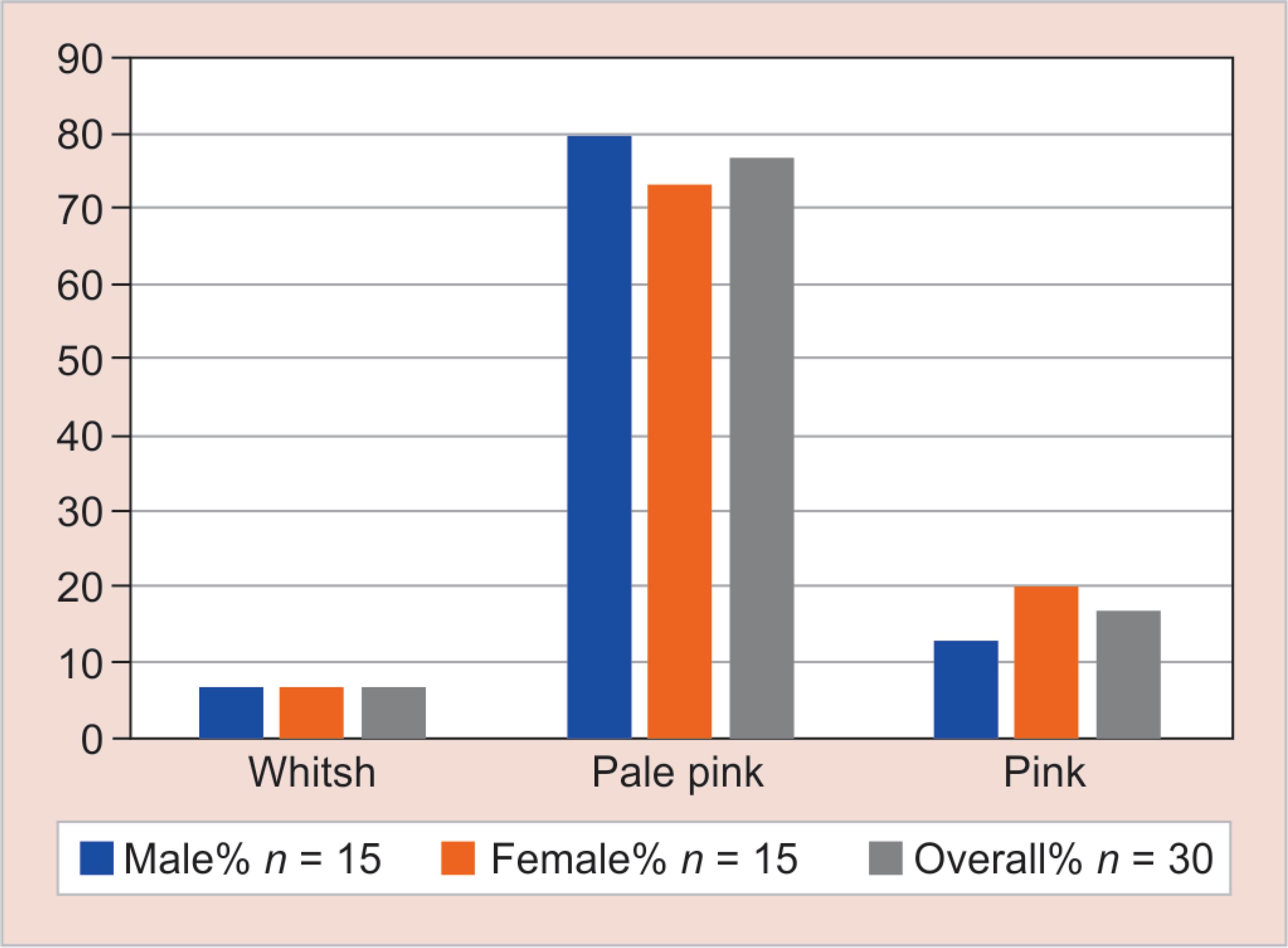 Fig. 2: Color variation of tongue according to gender 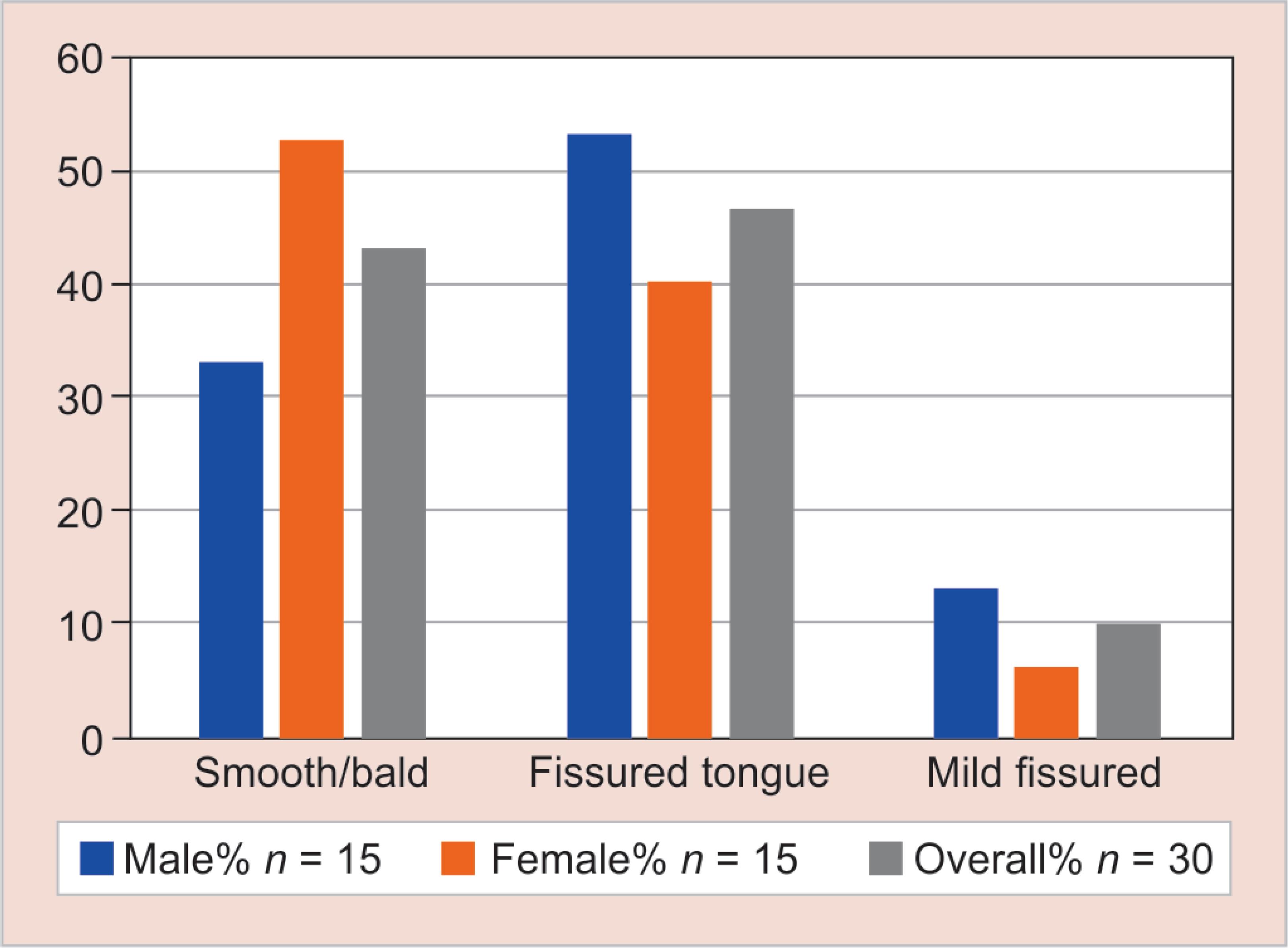 Fig. 4: Texture variation of tongue according to gender

Identification of human beings based on physiological variables is the guidelines for biometric authentication.10 The identification of an individual using the tongue was least explored in forensic dentistry. The tongue is an essential organ of human body, which performs various functions, namely speech, taste perception, distribution of food to the occlusal table, and even distribution of saliva within the oral cavity.2 It has an essential role in the harmonious function of the oral cavity. The characteristic features present in the tongue are unique from person to person.11 Therefore, it is a reliable anatomical structure for personal identification and for biometric purpose.8,12 The present study showed the correlation between the clinical and photographic findings of the tongue based on parameters like color, texture, apex, and shape of the tongue.

Color of the tongue, being one of a major parameters in the present study, has been least explored and only one study in the literature by Oji et al.13 has mentioned the different colors of the tongue. Our study is the first study to describe the various colors of the tongue with gender association. We have noticed three major colors, namely pink, pale pink, and whitish in the Indian scenario. Among these predominant colors, pink was more predominant; among the genders, the pink-colored tongue was equally noticed in both genders (males = 12/15; female = 11/15 subjects).

In the present study, the apex of the tongue observed was rounded and sharper. Among these two forms, rounded apex was predominant compared to the sharper. The rounded apex was predominantly observed in females (12/15 subjects) compared to males, which was in contrast to the results of the study by Jeddy et al. They had observed that sharper tongue tips were common among the females compared to male subjects.1 In the current study, a round apex was common for both the genders and the septate apex was not noticed in either gender. Stefanescu et al. in a 2014 study showed the rounded apex tongue was more common in males and sharper apex was more common among females, which is in contrast to the present study (9/15 subjects).15

In the present study, fissured texture was predominant compared to bald and the minor fissured tongue. Among these, prominent single fissure was the commonly noticed form compared to others with statistically significant p value = 0.011.

Though various parameters were considered in this study, due to the limited sample size, all the obtained readings were not completely reliable. Therefore, the study has to be investigated on a larger sample size for more reproducible results.

Photography is a simple methodology to obtain lingual images and tongue surface records is unique that cannot be copied or forged. Therefore, it can be used in biometric authentication, since it is personalized and constant. It can be used for person identification in the forensic analysis. However, large-scale studies are recommended to determine the common presentation of tongue features among males and females using advanced techniques and inclusion of stringent criteria. 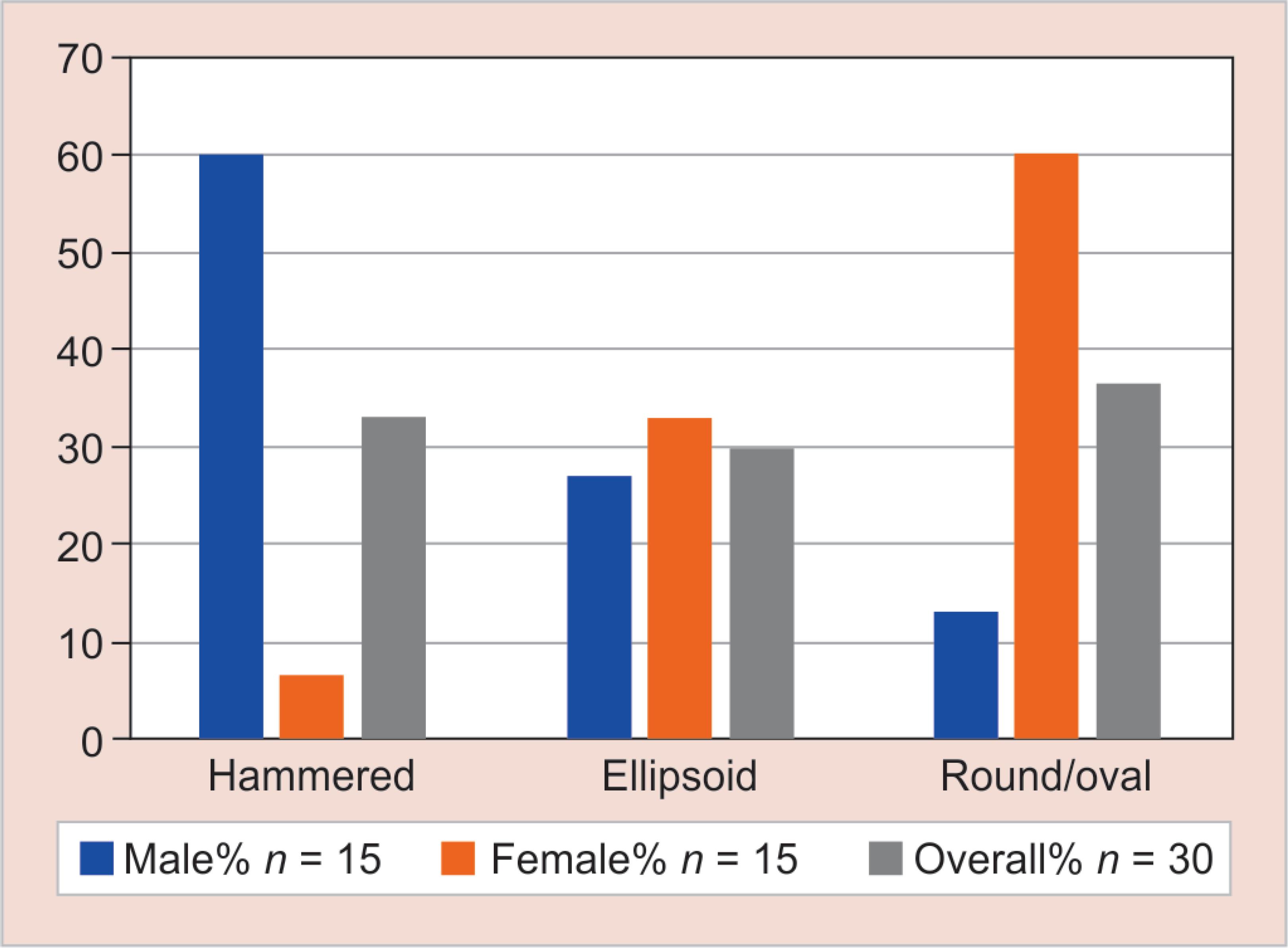 Fig. 6: Shape variation of tongue according to gender 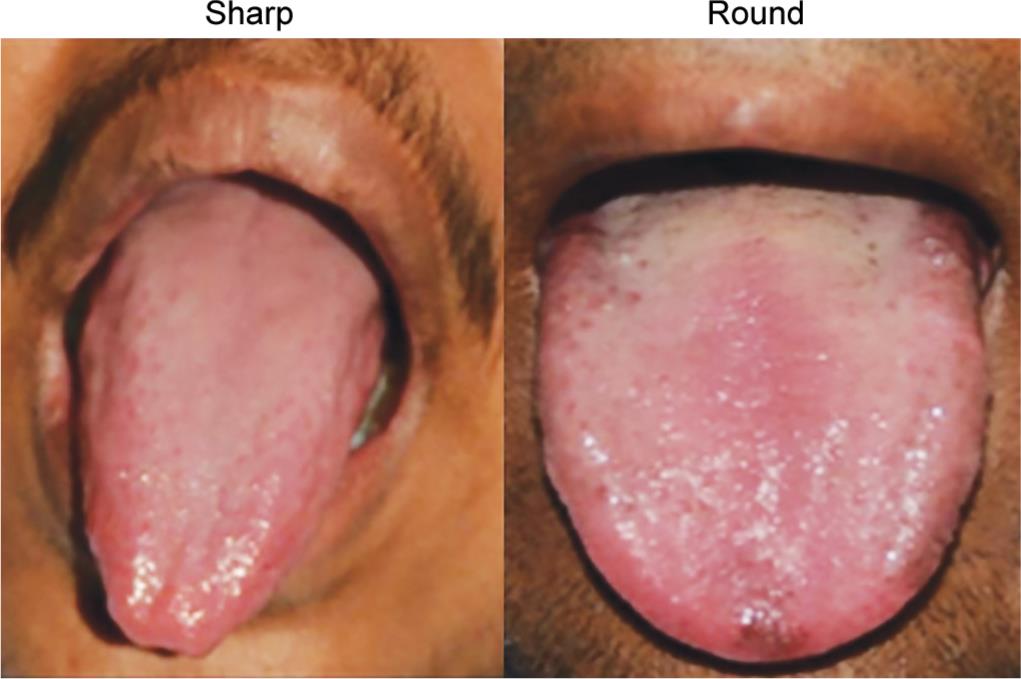 Fig. 7: Variation in apex of tongue 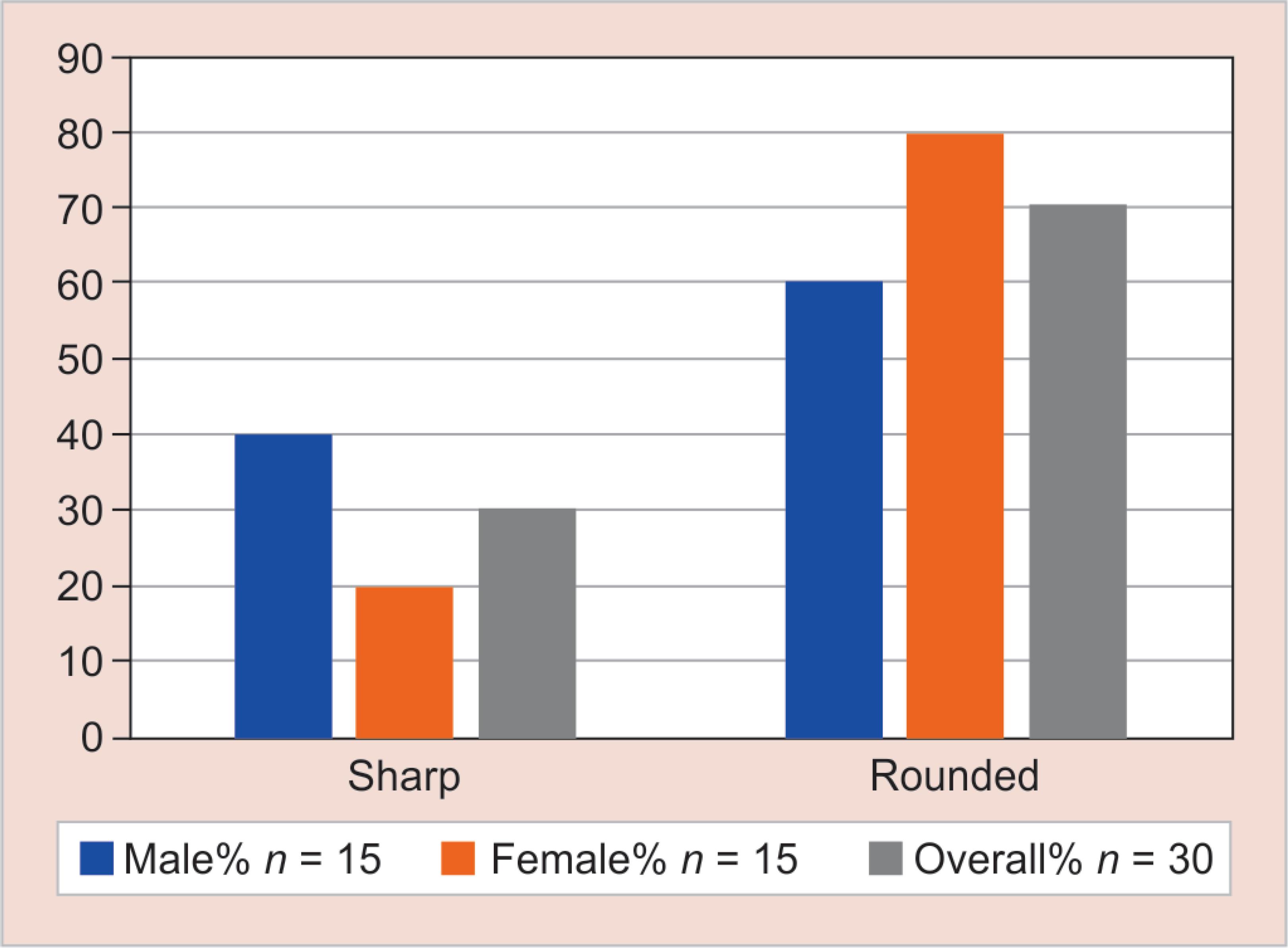 Fig. 8: Apex variation of tongue according to gender