Knowledge, Attitude, and Awareness of General Population in Saudi Arabia toward the Use of Dental Implants for Replacement of Missing Teeth

How to cite this article Almalki SA, AlJameel AH. Knowledge, Attitude, and Awareness of General Population in Saudi Arabia toward the Use of Dental Implants for Replacement of Missing Teeth. World J Dent 2020;11(2):116–120.

Aim: The present study aimed to assess the knowledge, awareness, and attitude of general population in Saudi Arabia toward the use of dental implants for substitution of missing teeth.

Materials and methods: This cross-sectional descriptive study was completed over a duration of 2 months. A questionnaire was designed, and a pilot test was done on 20 subjects to assess the validity and effectiveness of the questionnaire. Post this, the survey was initiated for a duration of 2 months and finally involved 302 participants. The questions were separated into three parts. Part I: four questions related to demographic data. Part II: four questions to explore the level of awareness and knowledge regarding dental implants. Part III: four questions to evaluate the attitude of responders to dental implants. Descriptive statistics and association was checked using the Chi-square test. A p value of less than 0.05 was measured as statistically significant.

Results: Totally, 302 participants answered the questionnaire, in which 175 (57.9%) were females and 127 (42.1%) were males. About 249 (82.5%) had heard about dental implants; 176 (58.3%) subjects thought implant will last lifelong. Majority of the responders [284 (94%)] thought implants required superior cleanliness and care and that they cannot be cleansed like natural dentition. A statistically significant relationship between source of information and education was found.

Conclusion: Our study concluded that an acceptable level of knowledge and awareness was found regarding dental implants in selected Saudi Arabia population. The attitude of subjects toward dental implants is appreciable.

Clinical significance: At present, dental implants are commonly recognized as a prosthetic treatment for partially or completely edentulous subjects. The dentist plays a major role in this aspect, and this can be achieved by conducting education programmers for patients and having advisory hubs on dental implant use, which will discuss benefits and likely complications so as to spread awareness among public.

Loss of tooth is a frequent complaint because of many factors, such as diseases of the periodontium, dental caries, failure of endodontic treatment, trauma to facial structures, and occasionally by iatrogenic factors. As per the data released by the American Association of Oral and Maxillofacial Surgeons, 69% of 35–44-year-old adults would lose one or more teeth from permanent dentition and adults between 70 years and 74 years lose their complete permanent dentition.1 The edentulous individuals have been classified as physically weakened by the World Health Organization as they lose a vital body part. Tooth loss results in mastication difficulties, occlusal complications, ailments of the temporomandibular joint, and nonpleasing appearance, all of which can negatively influence the physical and social happiness.2

The face is usually accepted as a sign of “self,” and a smile is considered as an identification of an individual’s personality. The teeth are imperative for the maintenance of an undeniable self-image and tooth loss leads to crucial debilities greatly disrupting the social activities. Loss of teeth may be upsetting and disturbing and is considered as a grave life event that necessitates important psychological and social modification.3 A person’s thoughts about dentures (a historic method of substituting missing teeth) and his/her rejection of the edentulous state are crucial for the receipt of new dentures.4

Oral implantology is a reputable specialty under oral surgery and restorative dentistry. Since ancient times tooth loss has been considered a problem to health and is related to cosmetic, mental, and functional morbidities. There have been several efforts made to substitute missing natural teeth with teeth that are artificial (prosthesis), which seem to be natural teeth both in appearance and function. This is being accomplished with fixed bridges and dentures. Nowadays, the choice of treatment is the implant-supported teeth from the perception of conservation of adjacent teeth, occlusal support, and denial of a removable partial denture. At present, dental implants have been commonly recognized as a prosthetic treatment for partially or completely edentulous subjects.5 Thus, this study was led to assess the knowledge, attitude, and awareness of overall Saudi Arabian people toward the practice of using dental implants as a replacement for missing teeth.

This cross-sectional descriptive study was completed over a duration of 2 months (from December 2019 to January 2020) to assess the knowledge, attitude, and awareness of people toward the usage of dental implants as a choice of treatment for substitution of missing teeth. The ethical approval was obtained by the Institutional Review Board, Prince Sattam Bin Abdulaziz University, Al-Kharj, Riyadh, Kingdom of Saudi Arabia (IRB ID: PSAU2020013). A questionnaire was designed in both English and Arabic language and a pilot test was done on 20 subjects to assess the validity and effectiveness of the questionnaire. Post this, the survey was initiated for a duration of 2 months and finally involved 302 participants. The subjects were enrolled for the present study through online gathering platforms. A closed-ended and structured questionnaire that was self-administered was used to collect the data. The questionnaire was used to answer data related to familiarity of dental implants, information sources, treatment option related to substitution of missing teeth, different limitations of implant treatment, etc.

A standard questionnaire was prepared. The questions were separated into three parts.

Part II: Four questions to explore the level of awareness and knowledge regarding dental implants, which included various methods of substituting missing teeth, data related to dental implants and their information source, period of dental implants, and demerits about implants.

Part III: Four questions to evaluate the reaction of responders to dental implants, which involved their interest to learn more about the dental implants, significance of functional outcome of implants, and position of the dentist in treating the patients with implants.

The data were analyzed using the Statistical Package for Social Sciences (SPSS) version 20 for descriptive statistics and association was checked using the Chi-square test. A p value of less than 0.05 was measured as statistically significant.

The distribution of questions and scores related to knowledge and awareness are as shown in Table 2. Among 302 participants, 249 (82.5%) had heard about dental implants; 176 (58.3%) subjects thought the implant will last lifelong. Majority of the subjects (64.2%) thought implant-supported dentures/bridges were very expensive, and 16.2% thought it requires lengthy treatment duration. The source of data related to dental implants of the responders was provided by relatives/friends for 26.2% participants.

Tables 4 and 5 show the relationship between gender, alertness about dental implants, and subjects linked with the health care sector. However, no significant relationship was found between them.

The oral health status of each individual has an important role to play in his/her psychological and social benefit. The existence of teeth contributes immensely in maintaining this benefit. Absence of teeth results in masticatory problems and affects esthetics, which in turn diminishes the quality of life. The causes for missing teeth could be various, ranging from reduced cleanliness of the oral cavity making progress to periodontal diseases, to developmental defects such as Down’s syndrome and ectodermal dysplasia. Teeth are generally substituted to support the patient’s esthetic and/or functional needs.6

In the present study, relatives/friends (26.2%) were found to be the major cause of information about dental implants, followed next by internet, dental surgeon, and another person who had an implant, and finally the television or radio. This is unusual from what was published in the past. As per Zimmer et al.,11 media was the major source of knowledge about dental implants, whereas dental surgeons were accounted to be the source of the dental implant-related information in less than or equal to 17% of the cases. Similar results were found by Berge,12 i.e., media being the main source of information, followed next by dentists. Akagawa et al.13 accomplished that about 20% of the information related to dental implants was provided by dentists.

The drawbacks of implant therapy that participants reported in our trial were high cost (64.2%), increased treatment duration (16.2%), and surgical procedures (12.6%). This is in accordance with other studies by Narby et al.,14 Bhat et al.,15 and Prashanti et al.16 Conversely, the results from a multicenter study by Ellis et al.17 reported fright of pain associated with surgery as the main hurdle to treatment with dental implants. The expenditure associated with implant therapy was found to be a huge hinder for opting dental implant treatment in several trials, including our study. This is largely attributed to monetary conditions of a particular geographic area, which is in contrast to different trials conducted in the Western part of the world.

In our study, about 94% of respondents are of the opinion that implants need more care and maintenance when compared to natural teeth and the remaining 6% think that implants need less care. These findings are in accordance with the study done by Rustemeyer and Bremerich.18 In the present study, several responders (58.3%) are of the opinion that implants are long-lasting. This is not in agreement with the results obtained by Awooda et al.19 and Tomruk et al.,10 in which 19.3 and 33% responders think implants to last long, respectively. We found a very high attitude to dental implants with 70.2% responders demonstrating interest to learn more about implants. This is in accordance to findings from Awooda et al.19 in which 93.2% showed similar interest; Al-Johany et al.7 and Tomruk et al.10 found 82.4% showing interest to know more about dental implants. 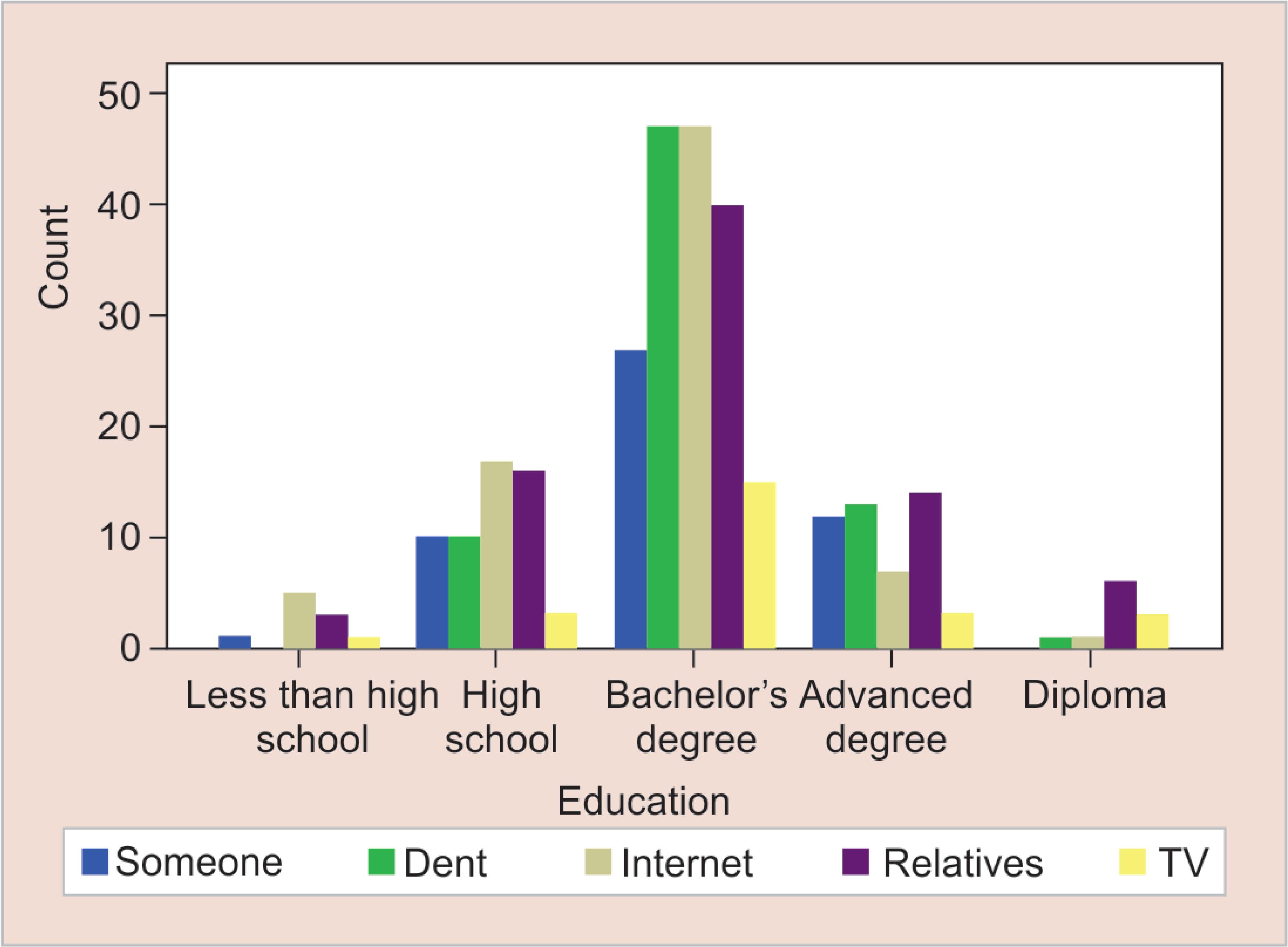 Fig. 1: Association between education and source of information 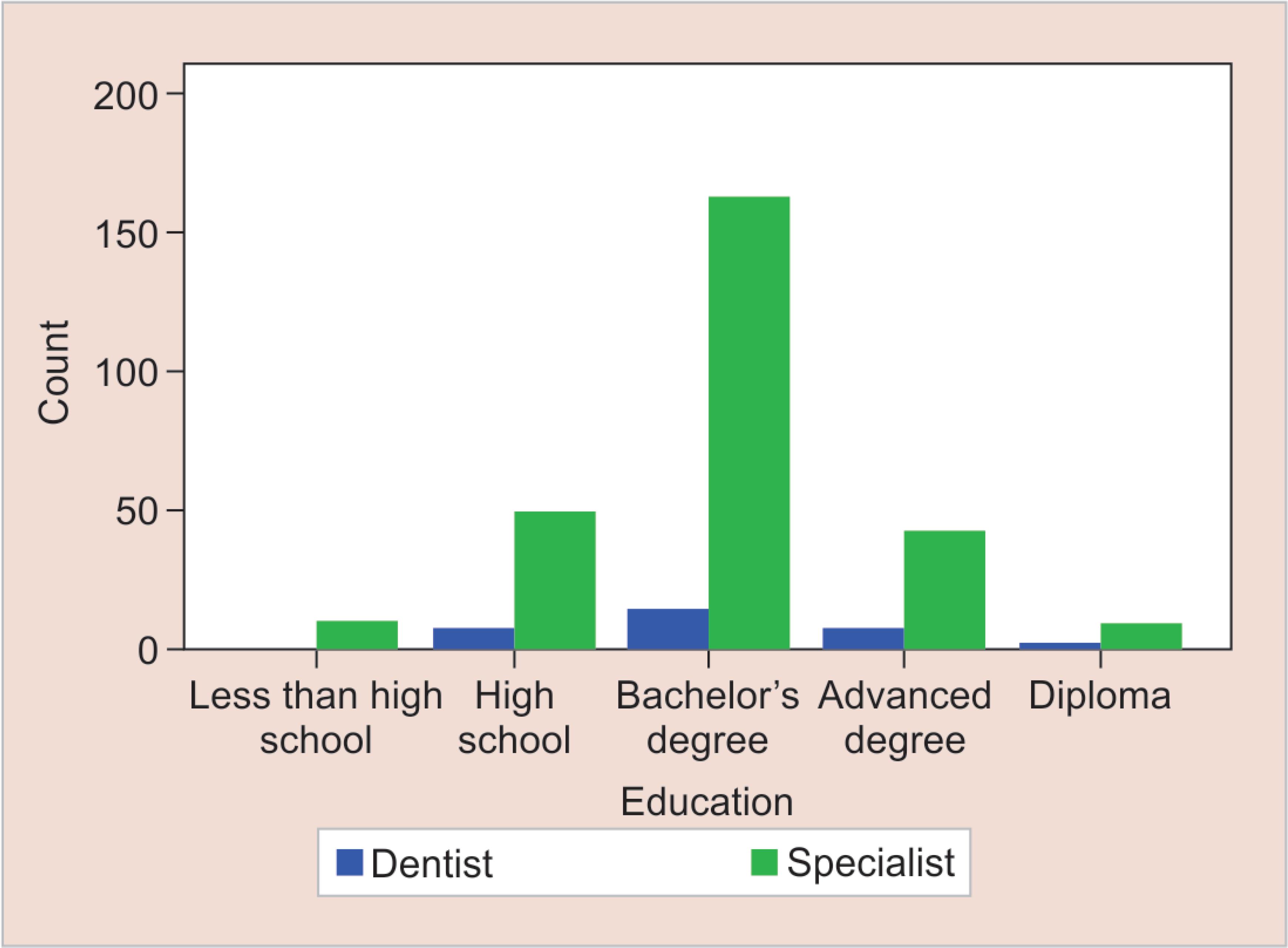 Fig. 2: Association between education and provision of treatment

Overall, this indicates that dentist and the governing bodies regarding taking necessary steps for creating awareness among the people. The major drawback that avoids patients from opting the dental implant treatment is the high cost associated with its treatment. Although many people thought treatment with dental implants could not be afforded as it was high-priced, they were keen to learn further about dental implants. One limitation of the present study is that participants were obtained from selected Saudi Arabia population. Further studies should include a larger sample size to assess the level of knowledge regarding dental implants, in subjects attending private dental clinics and government dental hospitals in various parts of Saudi Arabia.

14. Narby B, Kronström M, Söderfeldt B, et al. Changes in attitudes toward desire for implant treatment: a longitudinal study of a middle aged and older Swedish population. Int J Prosthodont 2008;21(6):481–485.